I was mostly kidding when I said a Redskin magazine writer sounded like anti-Indian ideologue David Yeagley. But now I've found evidence that they're more alike than I thought.

In a blog-based exchange, writer Sheena Wassegijig seeks the support of Yeagley the Indian apple and Yeagley seems to provide it. As a bonus, we get Yeagley's first known mention of me.

It goes without saying that Yeagley's opinion of me is asinine. As one example, I'm not the one who determined that Indian mascots are stereotypical. Indians are. They've been fighting this battle since I was in grade school, if not before.

Meanwhile, Wassegijig claims she's just living her life and doesn't care what I think. Is that why she contacted Yeagley to get his support? And why she's written a pseudo-defense of her attitude to Yeagley and several pseudo-defenses to me? These don't seem like the actions of someone who doesn't care.

Are Wassegijig and Yeagley two peas in a pod? Who both think racism and stereotyping don't exist and efforts to fight them are unnecessary? Who proudly embrace stereotypes such as "redskin" and "savage"? You be the judge.

Below:  Yeagley...a redskin or a paleface? 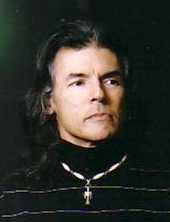 Writerfella here --
writerfella guesses that his upcoming stories in RED SKIN Magazine will be reviewed by Yeagley. Best let him know that, as a Kiowan, writerfella knows where he lives...
All Best
Russ Bates
'writerfella'

this blog is still going on?

and I see that my words are still being taken out of context to bind and blend them to your own. copy my comments WORD FOR WORD. do not portray me to bloggers by your ideals.

I see there was an intrigue of what tribe I am from...well to educate the uniformed. I am Little Robin Bright-Day, an Ojibway from the people of the Three Fires and am decendent from fishing chief Wasse-Giizhik.

I know that you are not directly attacking my 'persona'. I write, I am. Any comments I have made that have seemed vulgar or not to your standard of professionalism are just what they are (because you have to be a genius to know when someone is telling you to just fuck off)...I use sarcasm alot.

I did not seek Yeagleys support. But I do appreciate it. All press is good press. If my name is being tossed around out there because of what I do, you better bet I will definately give my input. As I am here, a living being as you are. I did not know you exsisted until you recognized our featured persons, publication, and myself.

As for the somewhat sensual aspect of 'skin'...look around, where is it not. the media world around you has embraced sensuality because the business knows what sells and what consumers/viewers will buy. You being an adult man, I'm sure you have bought a far more explicit form of media to satisfy your needs. whatever they may be. pornography is bus on a one way street, and theres always someone getting off.

I support Redskin Magazine for being a well put together promotional tool for our people in the entertainment business. Artists, Photographers, Film Makers, Writers, Musicians, Fashion Designers, Models, Activists, Cultural Leaders, Politics can be found within the pages of Redskin. Our people doing great things...getting somewhere...making an impact...using thier creativity to create a better world. To be role models for younger people, so that they can grow older knowing that they can overcome racism and culture shock. Its empowering to know that through a small publication like this, and being a part of it, that I contribute in a big way to someone elses dreams for the future. We also feature other cultures and races too if you didn't already know that. Creativity knows no boundries.


Now...would I call my elder a redskin? come on rob, i have enough smarts to know that they have struggled and were tormented as children for being native and trying to take pride in thier culture was looked down upon. residential schools and priests that belittled my elders to almost unworthy of being human. taking them from their homes and abusing them when they were taught that they were a child of god and not of the earth that nutured them. how would you feel if you were told that you were safe in your faith, then to have the so called middleman between you and your god deprive you of that safety and comfort.

I deal with my own people on a daily basis, I know our struggles and our triumphs.
We overcome alot of things day by day. Confidence in who we are gives us the respect for one another and the world around us. We have developed so much in this generation of modern technology. Recognition of diversity and understanding...Maybe thats why its okay for me to say "redskin" and have someone acknowledge it with humour as being something cool and hip. Because coming from me, IT IS. Its fresh forward thinking.

Heck I could call you a redskin too if you weren't so ignorant and you can be written about in the pages and known globally...but I just don't think that is possible. I know I wouldn't want to read about someone such as yourself with this behaviour.

You have not taken the time to understand what Redskin Magazine is about and what it stands for or who it promotes. You probably haven't even read it only because of the name. Its a positive thing regardless of what its called. There might be something in there of interest to you or you may learn something you didn't know before.

Posting that photo of yeagley and asking someone to define him based on his skin color. what is that, if not racist. My parents are born and bred ojibways. I have dark brown hair, hazel green eyes (that im very proud of because they are a captivating feature) semi-dark olive skin, and I also walk around with short hair or a mohawk haircut, some tattoos and I have style to spare...you could never guess what culture I am just by looking at me. There are alot of native people out there that don't LOOK native, but they are still immersed in thier culture and are a strong people. Go beyond appearances and read between the lines to understand truth.

Also, you commented that what I had wrote about such things as humility, respect, truth, was fortune cookie wisdom?...well mr. rob, I have given you a piece of cultural wisdom. The 7 grandfather teachings. who are you to mock my cultural traditions and beliefs? or anyone elses. Beliefs and values differ from tribe to tribe. As they do from any culture. Would you mock a buddist?

I'm not going to challenge you as I have said before...it is you who had sought the challenge. I am still content with ducking out of this challenge because what real challenge is it to me if I'm not the one with the problem?

I can't change your mind or make it up for you. neither can you for anyone other than yourself.