"Arapaho Ghost Dancer" in The Simpsons

in Sunday's episode of The Simpsons, titled Flaming Moe (airdate: 1/16/11), Moe convert his bar to a "gentleman's club" for gay men. At one point, one dancing man says another glides like an "Arapaho Ghost Dancer."

This reference comes out of the blue and goes right back into the blue. It's offbeat, if not weird, and not particularly funny. But it shows that the Simpsons' writers are willing to look outside the box for their cultural references. And it continues last season's streak of four Simpsons episodes with Native references.

For more on the subject, see Indians in The Simpsons. 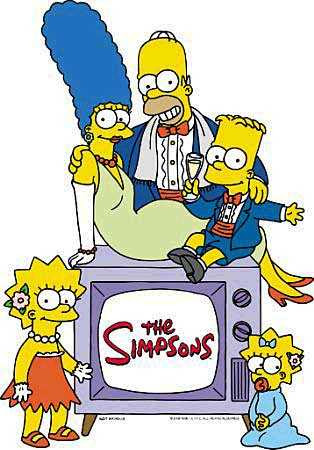 I just assumed it was 1) gay guys are poetic, and 2) for most of the history of colonization, white men got a little homoerotic in their descriptions of Indian men. From Columbus all the way to Chagnon. (To say nothing of Lizot!)