Blackhawks mascot in The Dilemma

Indianz.com posted this picture from the new movie The Dilemma: 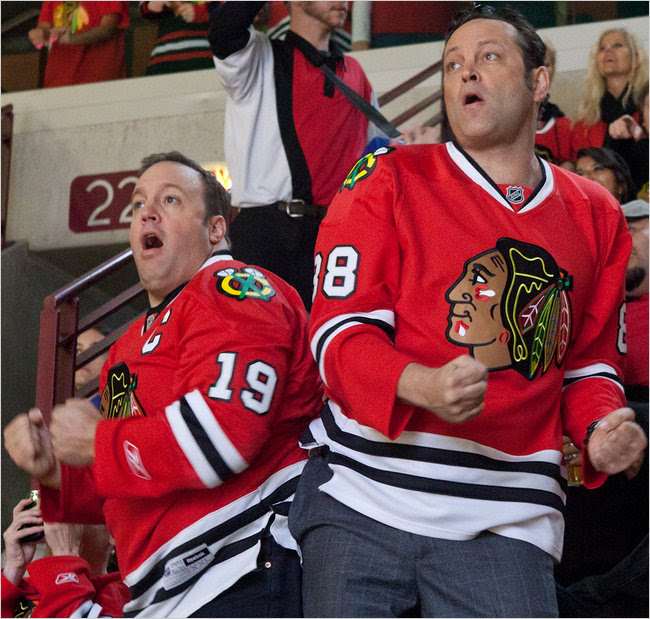 Black Hawk and his men probably painted themselves like this and used these weapons. But that was almost 200 years ago. It's as stereotypical as it would be to portray every American as Daniel Boone or Andrew Jackson.

Nice to see "liberal" Hollywood is still so sensitive to Native issues...not.

For more on the subject, see Alternative Logo for Blackhawks and Severed Head Suggests Dead Indians.
Posted by Rob at 8:51 AM

I can't believe Hollywood didn't change a teams mascot for their new movie how insensitive.