Otoe singer is a ‘screamer’

By Heather SarlesComment:  For more on the subject, see Testament Frontman on Pomo Heritage and Kumeyaay Thrash Metal Band. 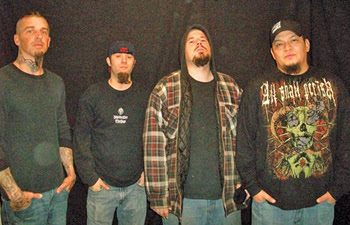 Cool, I'll have to check them out!