By Kevin RansomAnd:Comment:  For more on the subject, see The 2009 NAMMY Winners and Native Performers at Seegar Concert. 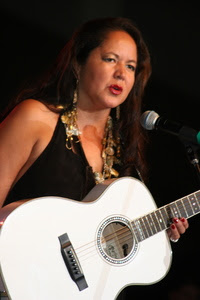 Singer Joanne Shenandoah is serious about saving the planet