Jane Goodall And the Rise of the Planet of the Chimps

Below:  "British primatologist Jane Goodall holds a speech while sitting next to a toy monkey at the town hall in Hamburg, on September 3, 2011." (Christian Charisius/AFP/Getty Images) 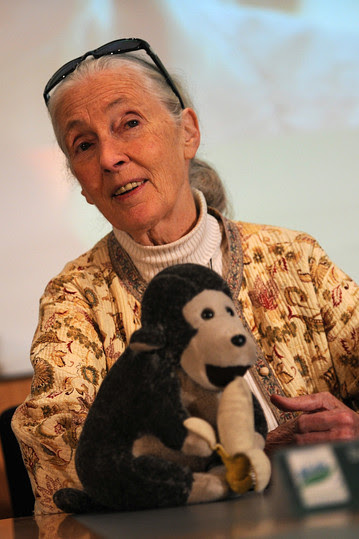