Shaman in A Gifted Man

I watched this TV show when it debuted:

A Gifted ManA Gifted Man is an American television series about a talented but self-absorbed surgeon (Patrick Wilson) who starts questioning his purpose in life when he is visited by the spirit of his deceased ex-wife (Jennifer Ehle).In the pilot episode, surgeon Michael Holt visits a shaman to exorcise his wife's ghost. Wikipedia describes the character:Anton is a dark-haired young man who appears to be white. His ethnicity isn't specified, but he could be Native or part Native.

When he performs his shamanic ritual, he borrows heavily from Native cultures. Holt lies on a Navajo-style rug. Anton waves a feather and a rattle over him. He invokes the "Great Serpent" of the South, which I think is a Mesoamerican reference. And he says "Aho," which means "thank you" in some Plains language.

There's a debate over whether it's proper to call any Native priest or medicine man a shaman. Since Anton doesn't claim to be Native, this isn't (quite) a problem. At least he does what a shaman traditionally does: intercede with the spirits of the dead.

I guess the problem here is the jumble of Native references: the rug, the "Great Serpent," and "aho." It would be better if A Gifted Man stuck to one indigenous culture, or didn't use indigenous references at all. At the moment, Anton seems like a typical New Age wannabe who calls himself a shaman.

Below:  Pablo Schreiber (Anton the shaman). 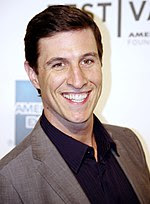