By Allan WoodsComment:  For more on Google Maps, see Google Maps in Cheorkee and Unidentified Reservations in Google Maps.

Below:  "Google Street View's Karin Tuxen-Bettman treks across the Arctic tundra in Iqaluit." 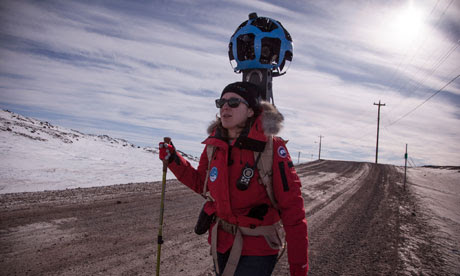 Indians have actually been employing Google Earth for a lot of things. In the Amazon, they're using satellite technology to spot trespassers.