Cracked.com reviews prejudice in the movies. The top two items apply to Indians.

5 Old-Timey Prejudices That Still Show Up in Every Movie

By J.F. SargentAnd:Below:  A movie about Navajo codetalkers starring a white guy. 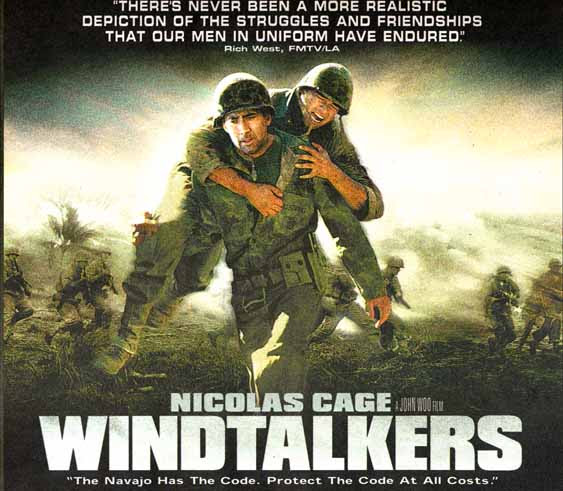 And the top old-timey prejudice:And:Comment:  These two items--movies starring white guys and movies about white guys--are overlapping and interrelated, not separate and distinct. But that's okay.

Movies such as Think Like a Man and Karate Kid prove that minority-led movies can succeed. The lack of such movies is Hollywood's fault.

Studios could create minority stars by putting them in small-budget movies and building them up. Or by putting them in franchise movies such as The Lone Ranger, The Hunger Games, Transformers, etc. No one's gonna skip a blockbuster movie because the lead character happens to be a minority.

Avatar and Twilight remain two great examples of this. No one went to see Avatar because Sam Worthington played the lead role. And no one skipped Twilight because (they thought) Taylor Lautner was an Indian. The movies would've been equally successful with minorities playing these roles.

That Hollywood doesn't do this is because it's fundamentally conservative and racist. As I've said many times before.

For more on the subject, see Bottom-Line Argument Is Racist and Patel's Struggle Shows Hollywood's Racism.

Below:  Someone audiences managed to overcome their alleged antipathy toward minorities. 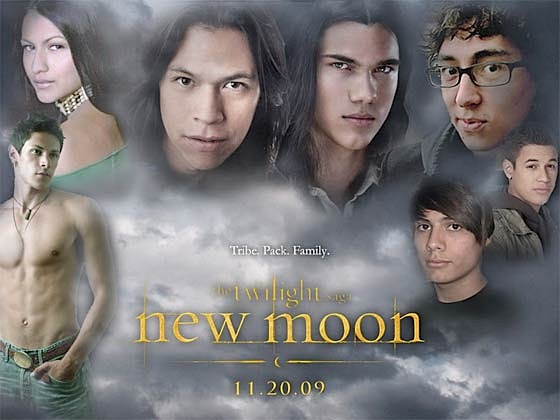 To be fair, Twilight is about the white people (some of whom are so white they sparkle), and Taylor Lautner isn't really an Indian anyway.

@dmarks:
Chuck Norris will kick your butt for saying he's a liberal. Also, I should point out that Ronald Reagan, Sonny Bono, and Arnold Schwarzenegger are all Hollywood politicians.

It just hapepns that Rush Limbaugh likes to rail against "Hollywood liberals", but in reality, Hollywood sells the status quo. Some men just want to watch the world burn.

Anon: I said most, not all. The excepts, though few, are notable.

" but in reality, Hollywood sells the status quo"

Which to them, must happen to be leftist/liberal/etc.

It all depends, but basically, most film producers

A lot of it's also a case of misblame. So they talk about "Hollywood liberals" making a film like Transamerica, when it's really an independent film.