The recent Michelle Williams controversy has rekindled talk of the Indian-Oz connection. In that context, someone mentioned that L. Frank Baum's mother-in-law was a Native rights activist.

Hard to believe, but it's true. Here's the story:

Maud Gage BaumComment:  I posted about the connection between feminists and Indians in Women and Indians as Peacemakers and Indians Inspired Feminism. But I didn't realize Gage was Baum's mother-in-law.

So Baum was devoted to Gage the Native rights activist. She stayed with him and Maud during the Aberdeen winters.

This was when he wrote two virulently anti-Indian editorials for the Aberdeen Saturday Pioneer. I wonder what they said to each other the day after the editorials appeared. 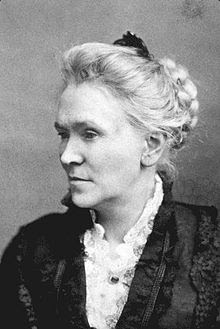