By Eric GorskiComment:  For more on the Sand Creek Massacre, see Sand Creek in Iron Man 3 and Sand Creek Called "Collision of Cultures." 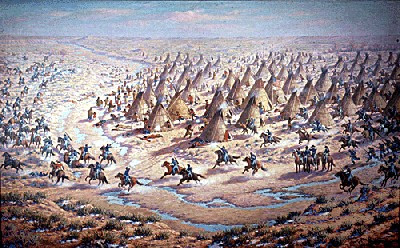 Who cares? I submitted information decades ago from Oklahoma Cheyennes my family is connected to Sand Creek and was told the money already got paid to a few.