A Facebook friend said she'd heard a rumor about Johnny Depp's buying Wounded Knee. I found the article below and the story took off.

'The last few years have been a bit bumpy': Johnny Depp on life after Vanessa Paradis--and cheating death on his new movie

By Meghan KeneallyThis article states what many people are thinking about the connection between The Lone Ranger and buying Wounded Knee:

By Julia Lynn RubinYeah, Depp wants to reverse the idea...that he created with his version of Tonto. Because his stereotypical portrayal is causing the movie to tank. 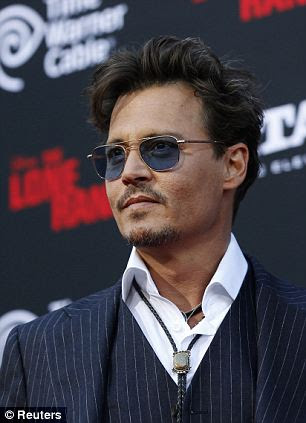 Wounded Knee: Offer on the table

The proposal that President Brewer spoke of was explained later in the meeting and called for Czywczysnki to receive his asking price of $4.9 million from any potential buyer who would gift the land back to the tribe and then donate half of the money back to the descendants for the possible erection of an "interpretive center."

President Brewer made it a point to say that the tribe or the descendants would not be accepting any financial help from the Federal government due to their role in the 1890 massacre. He would also state during the meeting that he would be more than willing to pursue the land through Eminent Domain. A process that he would later state could tie up the land for years. However he felt that the best approach would be to enter in to a profit sharing agreement like the one he proposed that could potentially free up some funds for the descendants to create a place where they could tell their side of the story.