Mel Gibson criticizes Iraq war at film festComment:  Several critics have assessed the alleged parallels and found them to be wanting. But I include them for the sake of argument. <g>

Also note that the Maya civilization may have collapsed through no fault of its own. If that's the case, Gibson's comparision would be false and specious. 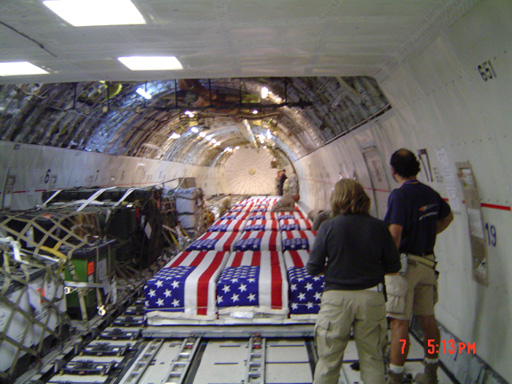 Writerfella here --
Writerfella, being a long-established science fiction/fantasy/supernatural writer and film writer, has attended Fantastic Fest a couple of times. He was in another state entirely when Fantastic Fest hosted Mel Gibson and a work print of his film, APOCALYPTO. But it is writerfella's interpretation that Mel Gibson's film perfectly was appropriate to that venue. APOCALYPTO is a work of mythos, dark satire, and also of fantasy parable. No matter how great or grand a given civilization was in human history, it doomed itself to collapse if the value of a single human life became less important than the values powering that civilization. The most cogent characteristic is to be found in that the core administrators of those values lose few of their own numbers in the machinations that they direct and control.
Rarely since World War II has a US President or a US Senator or a US Representative given up a member of their own families in the wars that they have inflicted. Do the math, add the numbers of uS citizens lost to all the wars past 1950. If you had a dollar for each and every one of those, you'd be rich...
All Best
Russ Bates
'writerfella'

i thought about the movie, hearing about mel gibson making parallels to the war in iraq, and it made sense to me, but i was thinking of them in a different way. i was thinking more along the lines of the mayans being the iraqis, who were hurting themselves (as the iraqis were doing during saddam's reign) and the conquistadors being america, who seemingly came to help, yet ended up hurting the mayans/iraq even more so.