'Apocalypto' does disservice to its subjects 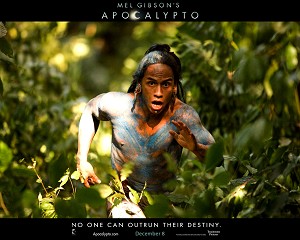 Writerfella here --
This particular article seemed to be doing quite well in its intentions, until it ran afoul of a particular word: 'decimation'. Alas, the writer lost it on that one simple misstatement and never even realized how they had sullied their thesis. 'Decimation' arises from the Latinate, meaning a Roman punishment of killing one in ten of any population that resisted the Empire's dicta. Not to 'destroy', or to 'devastate', or even to make 'desolate', the word described arbitrary murder of one-tenth of a given people. On top of that, 'Western diseases' also is incorrect because the New World is a part of the Western world. Now, 'European diseases' or 'Caucasian diseases' or even 'non-Native diseases' would have sufficed. Ah, missed it by that much...
All Best
Russ Bates
'writerfella'

Not true about "decimation." The definition you cite is no longer the primary one. I know because I use "decimate" in its non-literal sense all the time.

1. to destroy a great number or proportion of: The population was decimated by a plague.

2. to select by lot and kill every tenth person of.

Writerfella here --
writerfella's research now reveals to him that the word 'decimate' indeed has become a controversial word among English scholars. Those mostly agree (66%) that the term has come to mean 'great destruction'. But argument among them continues over such a term being applied to The Holocaust, as the same experts stop short of that word being used for the killing of Jews and other 'undesirable persons' by the German Third Reich. So, the word can be used for pre-20th Century applications, but it is questionable if it is used for 20th Century usages. To writerfella, that still sounds like the word is used according to 'points of view'. Anybody want to argue it now?
All Best
Russ Bates
'writerfella'