A Question of Blame When Societies FallIn Collapse, Diamond discusses how the Maya, Anasazi, and Easter Island cultures fell apart. But the author of this article isn't necessarily buying it:A telling point:Comment:  We say the Maya and "Anasazi" civilizations collapsed because they didn't match our standard for success. Instead, we could say they evolved and their descendants are doing just fine. But we don't because we view other cultures others from our own myopic perspective.

Why did the British Empire collapse? Or the United States during the Great Depression? Or the American South after the Civil War? Diamond doesn't ask or answer these questions. Somehow it's not proper to apply anthropological analyses to sophisticated people like us.

Primitive societies collapse because, well, they're primitive, implies Diamond. Advanced societies collapse for mysterious reasons that have nothing to do with their inhabitants' inherent nature. For instance, we don't say Southerners were too primitive and savage to survive in the modern world, even though they owned slaves. We say the North won because it was richer and more industrialized.

I haven't read Jared Diamond's Collapse, but the naysayers are correct about Guns, Germs, and Steel. He addresses some of the reasons civilizations flourish, but not the key ones. As I wrote in my review: 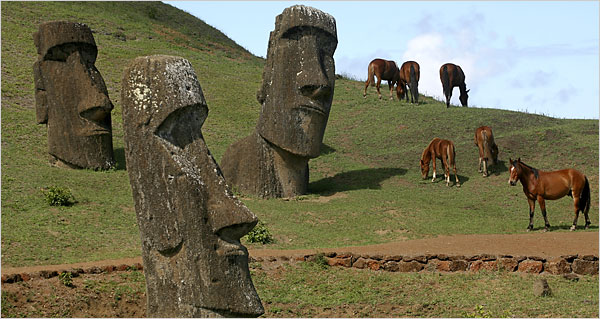 Writerfella here --
It also might seem that "Dr." Diamond ignores the factor of environmental change and instead assumes that conditions more or less have remained constant, especially in Europe. The Little Ice Age and The Year Without A Summer, plus the subsequent societal disruptions there prove that such a thesis is mistaken. Both civilization and industrialization also have proven to be no guarantees of societal success and in fact seem instead to be leading to the very kind of collapse that EuroMan's "standards for success" ostensibly have helped him to avoid. Diamond not only is myopic, he cannot see the ground around him because his nose is lifted so high in the air...
All Best
Russ Bates
'writerfella'