The downside of "civilization" 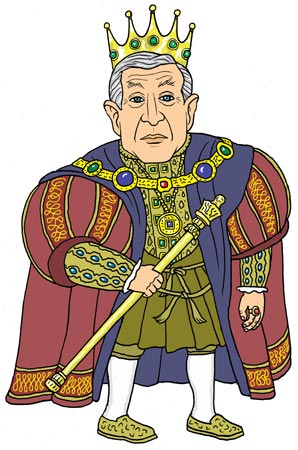 Writerfella here --
Survival strategies worldwide were based on success, not failure. Whole cultures must have 'vanished' because they made the wrong choices. Period. Thus, cultures that can be traced scientifically must have made right choices. Others, well, we may never know of them or about them. Mankind was evolving 'civilization' most everywhere and thus hunter-gatherers were about to settle down, unless they suffered culture-shaking shock. Was EuroMan's invasion of the Americas conducted by hunter-gatherers or by farmers? Now, THERE is an interesting question...
All Best
Russ Bates
'writerfella'

Re "Whole cultures must have 'vanished' because they made the wrong choices": I'm not sure if you're being serious or sarcastic here. If a culture "vanishes" because of drought or disease or invasion, I wouldn't call it a failure. I'd call it an unfortunate victim of circumstances beyond its control.

Perhaps inadvertently, you raise an interesting point. Namely, we're biased to see the present civilization as a success because, well, it's present. For all we know, our civilization may collapse in a century or two. Then Diamond's analysis of the non-Western cultures that "failed" will look silly.

Not in longevity, certainly. Perhaps it has a better standard of living, but so what? By that standard, Scandinavia is the best place in the world and the US is a relative failure.

You can make these comparisons on almost any dimension. In some cases the West will win and in some cases it won't. But I'm guessing Diamond doesn't address this point and hasn't considered it. In his mind, it seems, eventual collapse = failure and current success = success.

Writerfella here --
But just as in real estate, survival can and does depend on "location, location, location." And THAT involves choice. The Minoans, now discovered to be the Atlanteans, were destroyed by volcanic eruptions and the subsequent Tsunamis. Possibly the most advanced culture of its day vanished because its denizens chose to live on the edges of a huge, seemingly-dormant caldera. Editing choice out of such scenarios merely downplays the axiomatic that humans are responsible for their choices and their own actions. The United States seems successful only to those who enjoy the full fruits of such 'success'...
All Best
Russ Bates
'writerfella'

You'd blame people for living near a seemingly dormant volcano? Even when they had little or no knowledge of how and why volcanoes erupt? I wouldn't.

Would you also blame people who live where there are lots of earthquakes? Droughts? Fires? Floods? Blizzards? Hurricanes? Tornadoes? Tsunamis? Where exactly do you draw the line?

I believe I read that Nevada (or someplace like that) is the safest place in the US. Should every American move there? Why or why not?

It's silly to think you could uproot the Minoans, with their site-specific culture and knowledge, and move them to...where? Some unoccupied corner of Siberia? Yeah, I'm sure they would've flourished there...not.

Why didn't your Kiowa people open up their land to Minoan refugees, Russ? I'm sure you could've handled another 100,000 people. If not, you could've moved to Nevada, where the land was (almost) empty and you'd be safe.