Race in space and elsewhere

Space Race MattersThe results:Comment:  There are many more comments along these lines, and Stoller nicely notes their biased assumptions and beliefs. Visit Stoller's blog for the full analysis.

We know John Herrington (Chickasaw) was an astronaut, of course. But Stoller says he was commenting only on the one picture, not the entire history of the space program.

It's possible that this photo was a skewed sample of the current astronaut corps. That a bunch of minority and women astronauts were waiting off-camera for their turn to be photographed.

On the other hand, it's possible that systemic racism and white privilege is impeding minorities and women from getting the education and jobs needed to become astronauts. That these people are being encouraged to think of themselves as clerks and janitors, not engineers and pilots. Without addressing the issue, we can't be sure.

Even though it doesn't focus on Natives, Stoller's posting is relevant here. Why? Because the same results occur in the Native field. Or in any field where people dare to raise the issues of racism and stereotyping.

If we point out problems in anything--from obscure TV shows to sports mascots to Nobel Prize winners--we're likely to hear the same complaints. These complaints are so predictable that we can list them in advance. The sun rises in the east and whites deny the existence of racism.

For instance, why aren't there any Native widgets, thingamabobs, or whatchamacallits? Here are some of the responses you can expect:


(Ignoring the existence of racism and stereotyping everywhere.)


(Dismissing the issue because the person can't or won't address it.)


(Ignoring the documented effects of racism and stereotyping on their victims.)

I've rebutted these claims so many times that I'm tired of them. I'm waiting for someone to write the perfect rebuttal so we never have to address these worthless claims again. Until then, postings such as Stoller's and mine will have to do. 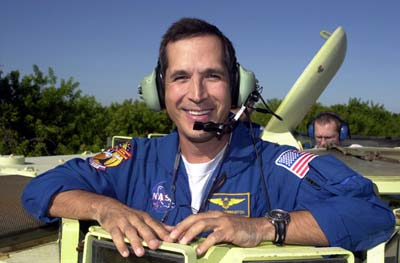