One of the older books on my shelves is Beyond Time, a 1975 anthology of alternate-history fiction. Its short stories include Soy la Libertad by Robert Coulson. The premise: What if Columbus hadn't discovered America?

The story is set in 1963 or thereabouts. Someone has just assassinated President Johnson, the "strong man of the Republic of Texas." Benito Zuvala is a US customs official who emigrated to the United States from Yucatan, Mexico. He fears he knows the assassin from his youthful days as a revolutionary fighting for indigenous rights.

In this story, Magellan discovered America, not Columbus. I doubt Magellan would've tried to circle the globe without knowing about Columbus's "discoveries," but never mind. If it wasn't Magellan, it would've been someone else around the same time.

North America is divided into several countries. The ones mentioned are:

The technology approximates our technology around the year 1900. Locomotives are the primary means of long-distance travel. At the train station where Zuvala works, pedestrians, horsemen, buggies, and wagons mix with the "new" motor-cars. The only other technology mentioned is the teletype.

The story implies that conflicts between the nations (e.g., incompatible railroad tracks, overabundance of customs regulations) have retarded the development of technology. Maybe, but it's just as likely that competition between the nations would spur the development of technology. Some historians have speculated that Europe's multitude of nation-states produced political, economic, cultural, and technological change faster than it occurred elsewhere.

The scenario in Soy la Libertad is quite plausible. If Columbus hadn't blundered into the Americas, Europeans might not have "discovered" the "New World" for another decade or two. The Indians might've had enough time to prepare for their arrival.

But the biggest turning point was arguably Cortés's conquest of the Aztecs. As I've written before, this was incredibly lucky. If another European had landed on the Mexican coast at another time, I'm guessing he would've failed. I'm guessing 9 of 10 possible campaigns to conquer Mexico would've failed.

If no Columbus, no Cortés. The Aztec empire remains a power much longer. It supports the Indian tribes of the American West as satellite or buffer states. Even if Mexico and the Republic of Texas eventually overcome it, the West remains split among several countries. Indians have more independence than they retain in reality.

Zuvala wonders if history would've been different "with one domination nation on the continent instead of all these little quarreling countries." In particular, he wonders if this nation would've been more tolerant of Chicanos and other minorities. Considering we had race riots, terminated tribes, and the Vietnam War in "our" 1960s, I doubt it.

For more on the subject, see Was Native Defeat Inevitable? 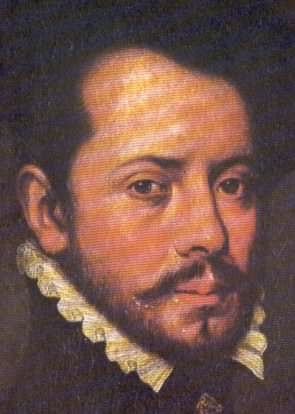