God to humans:  Rape the Earth

The Devil expresses his appreciation for some comments made by conservative kook Ann Coulter:

The Devil's Diary:  Rape the Earth for GodComment:  Needless to say, Coulter's view that the Earth exists to be used and discarded like a rape victim is a pure distillation of Western thought. It's the antithesis of everything believed by Native people. It explains why Westerners control the world. And why temperatures are increasing, polar ice is melting, forests are disappearing, dead zones are spreading through the ocean, species are failing to reproduce and becoming extinct, etc. 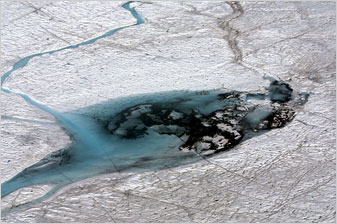