Diving Into a New WorldComment:  In this context, removing the Indians is a good thing. As the article notes, including Indians as part of natural history rather than history is prejudicial and insulting.

For more on the subject, see NYC Museums Showcase Indians. 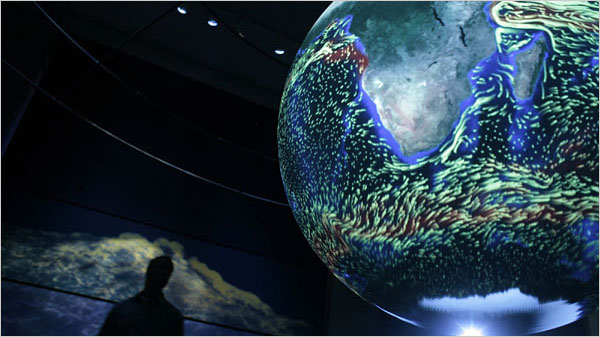 I was there a few days ago. Unfortunately, the ocean exhibit was opening that night, and during the day all I could do was peer past the barriers at the new stuff which was blocked off still.

Of course it makes great sense to get the American Indian stuff out of that museum, since there is an entire Museum of the Native American now nearby.