Todd Palin not Native after all?

Democrats concerned Indian votes could be swayedComment:  For more on the subject, see Eskimo in the White House? 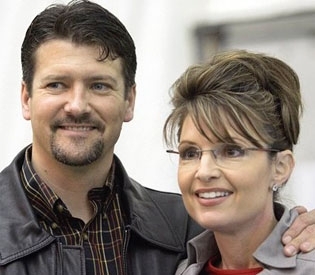 After all the bluster on these posts of Native acceptance- seems that between Tim Giago and Todd Palin, the only people who are not allowed to call themselves Natives are Republicans. Heck, in Giago's case, undecided and independent is bad enough.

I don't know what "bluster" you're referring to, Darryl. I've never questioned the Native ancestry of Republicans such as Ben Nighthorse Campbell or independents such as Tim Giago. I've questioned their political acumen, but that's a different matter.

Longtime readers know I've questioned the Native ancestry of Ward Churchill on the far left as well as Todd Palin on the far right. Which is only common sense. There's no necessary connection between a person's claims to be Native and his political persuasion.

I've referred to Todd Palin as "Uncle Todd." His Native status is a joke, since he does nothing to help his people. Rather, he uses his heritage so his wife can have an appearance of being sensitive to people of color.