Changing times thin ranks of Indian firefightersBlame the popular culture?Or other factors?Comment:  The people quoted here seem to think firefighting is a desirable job. Anything that hot, dirty, exhausting, and dangerous doesn't sound desirable to me. I'm not surprised Indians would quit the firefighting teams when they found other alternatives. 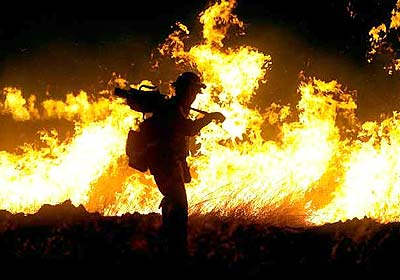 Email ThisBlogThis!Share to TwitterShare to FacebookShare to Pinterest
Labels: Pueblo