Here are three examples of how Republicans have "supported" Indians and would "support" them in a McCain/Palin administration.

Then there's the Bush/McCain failure to reauthorize the Indian Health Care Improvement Act:

Stand up, Congress, and pass Indian health legislationFinally, there's the McCain/Palin campaign against earmarks--excluding the millions of dollars in earmarks accepted by Palin, of course:

Guest letter:  How an earmark can be worth every pennyComment:  For more on the subject, see Why Indians Are Democrats. 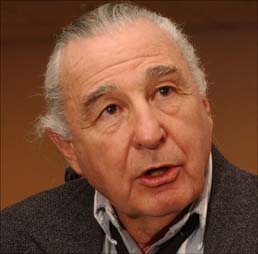