I recently posted a preview of the Web comic FALA, a Native Alice in Wonderland. Now here's my review.

Native girl Fala is studying edible plants in the wilderness. A jester-like Trickster appears, entices her with a "Who's on first?" line of double-talk, and scampers off. She eats a mushroom and finds herself in a company town-style rez with a Queen of Hearts-style "Diva" in charge. She steals a car and crashes it...is brought before Diva, tried and sentenced...is locked in a file room but escapes with Trickster's help...and goes home.


Again, this may have been the intent. But dreams generally don't provide satisfying stories, much less useful "life lessons." I want the comics I read to be a little more meaningful than someone's kooky dream. 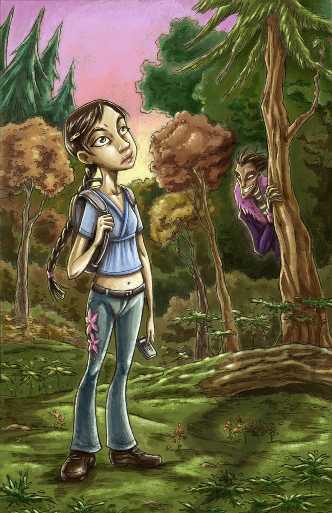