Mystery of Ancient Pueblo Jars Is SolvedAnd:Comment:  This isn't exactly a pop-culture item, but it reminds me of our unacknowledged debt to Native America. Indians gave us something like half of our dessert and snack foods: chocolate, vanilla, peanuts, pecans, cashews, potato chips, corn chips, popcorn, sunflower seeds, chicle (gum), etc. Without them we'd be stuck eating celery and carrot sticks between meals.

Whenever Superman appears in the media (comics, cartoons, movies, etc.), the producers are required to add a line saying "Created by Jerry Siegel and Joe Shuster." Imagine if every time a chocolate product appeared in the media, it had to include a tag saying "Brought to you by Native Americans." That alone would start changing our perception of Indians as unaccomplished savages.

For more on the subject, see 100 Amazing Indian Discoveries and The Native Culinary Tradition. 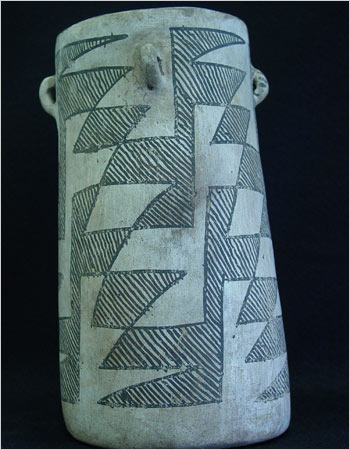 The creation of corn alone is quite remarkable.