Unlike the 2009 Oscars, which had a few minor references to Indians, the 2010 ceremony was almost a complete blank. The only "Native" presence I saw was Indian wannabe Taylor Lautner, with his bit of Potawatomi and Ottawa ancestry.

The cameras showed him in the audience once, when he and Zac Efron were the subject of a Steve Martin joke. He presented an award with Kristen Stewart. And a film clip showed him playing girly-boy Jacob Black, the Quileute werewolf in Twilight.

Once again we see how Twilight and New Moon robbed Natives of a chance at fame. Up to a billion people around the world watch each Oscar ceremony. Lautner was on-screen several times. It could be the most people ever to watch a pseudo-Indian at the same time.

(If not this broadcast, then what? A Super Bowl or World Cup game with a Native player? A Rose or Macy's Parade? A previous Oscar broadcast?)

Instead of a real Indian on stage, dressed in a tuxedo, talking to the world, we got pretty-boy Lautner. How many people who aren't Twilight fans even recognized him? How many non-Twilight fans know he's famous for playing an Indian. Zero?

With a real Indian, the writers might've written something about his heritage. He might've said something like, "I'm happy to be at the Oscars without getting shot at by John Wayne." It would've been a great reminder to everyone that Indians are alive and kicking. But as it stands, it's another missed opportunity.

For more on the subject, see Indians at the 2009 Oscars.

Below:  Lautner about as he appeared in a brief film clip on the Oscar broadcast. 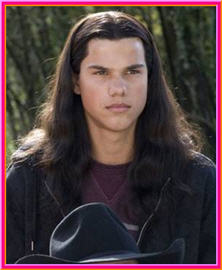 Was it really necessary to use the term "girlie-boy" to make your point?!

What got me LMAO is how the gullibility of the Quilileute Tribe was so proud of theis fella and the movie, hence--showboating them around as if they're about to be presented with a million moolah($$$). And here in the end, they get nothing in return. "Robbed"? It certainly sounded like it and they really made themselves look idiotic. I hope this would be a valuable lesson for other tribes not to repeat the sucking-ups of Hollywood as did in the case of the Quililuete tribe.

Oops. Sorry for the typos, had to dash out what i type. A correction should be "this fella".

Wasn't Adam Beach present? He is preety big to the Potawatomi.

Was it really necessary to take a swipe at Taylor Lautner for winning a part in a movie...when really your problem should be with those who gave him the part in the first place!!! I also agree with the other comment it is in very bad taste to call him a 'girly boy'. Perhaps the 'real indians' chose not to attend.

Was it necessary to use the term "girly-boy"? No, but it was a legitimate criticism of Lautner's appearance in Twilight.

It wasn't a criticism of him, per se, but a criticism of the filmmakers for casting him and putting him in a phony-looking wig. That's a point I've made before and will continue to make as long as Twilight is in the news.

I didn't see Adam Beach or any other Indians in the audience, Bodewadmi, but I could've missed someone.

Most filmmakers would've be delighted to receive an invitation for one of Oscar's scarce seats. That includes Hollywood's small community of Indians. A few may have declined to attend, but most weren't "big" enough to be invited.