Throat singing is a traditional game among Inuit women. Taqralik Partridge and Nina Segalowitz explain it here in its interlocking styleAnd:Comment:  Look! These Inuit women sing. They wear regular clothes, not parkas. They live in a city with trees and buildings, not in an igloo. One has a Jewish father and a Filipino mother. Amazing how different the reality is from the stereotypes, eh?

For more on the subject, see Inuit Throat Songs as Ringtones and Eskimos:  The Ultimate Aborigines. 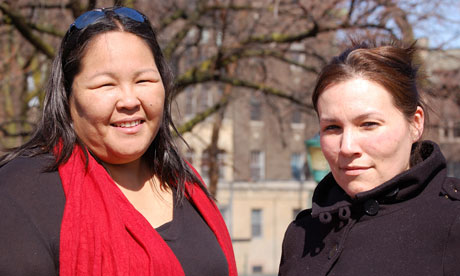