Telling the other side of the story

By Erin AilworthComment:  For more on the subject, see Jolie:  Thanksgiving = Murder and Thanksgiving Set the Tone.

Below:  "Juan Gonzalez of Boston kindled a fire under the statue of Massasoit in a prayer ritual during the 41st National Day of Mourning in Plymouth yesterday." (Yoon S. Byun/Globe Staff) 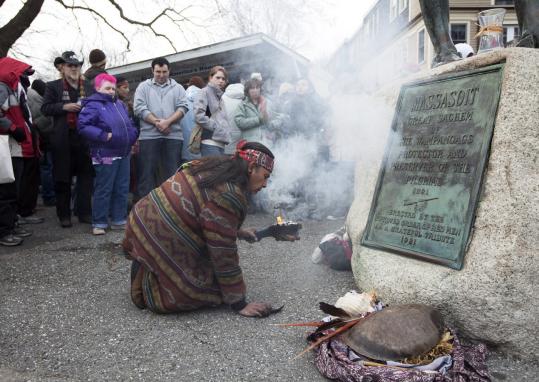