First American in Europe was Native

First American in Europe 'was native woman kidnapped by Vikings and hauled back to Iceland 1,000 years ago'

By Niall FirthAnd:Comment:  This is similar to the scenario in ARAK, a Native-themed comic book from the early 1980s.

For more on the subject, see What If Indians Conquered Europe? and Did Natives Conquer Europe First? 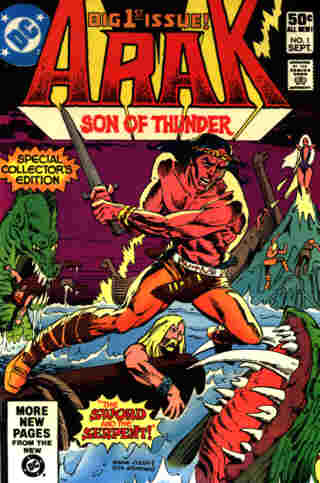 Centuries before Columbus, a Viking-Indian child may have been born in Iceland.

Five hundred years before Columbus sailed the ocean blue, a Native American woman may have voyaged to Europe with Vikings, according to a provocative new DNA study.

Analyzing a type of DNA passed only from mother to child, scientists found more than 80 living Icelanders with a genetic variation similar to one found mostly in Native Americans.