Codetalkers at the Stock Exchange

By Alysa LandryComment:  For more on the codetalkers, see Choctaw Codetalkers Documentary and How the Codetalkers Won the War. For more on Native contributions to the US military, see American Indians Fought and Bled for Nation that Fought Them and Indians in the Military. 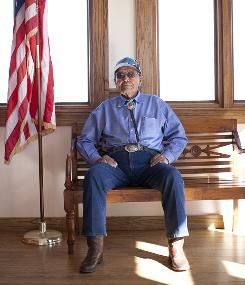