The woman who asked me about pseudo-Native art in Oxborough Paintings Infantilize Indians has more questions about these paintings. Here's an example of what we're talking about: 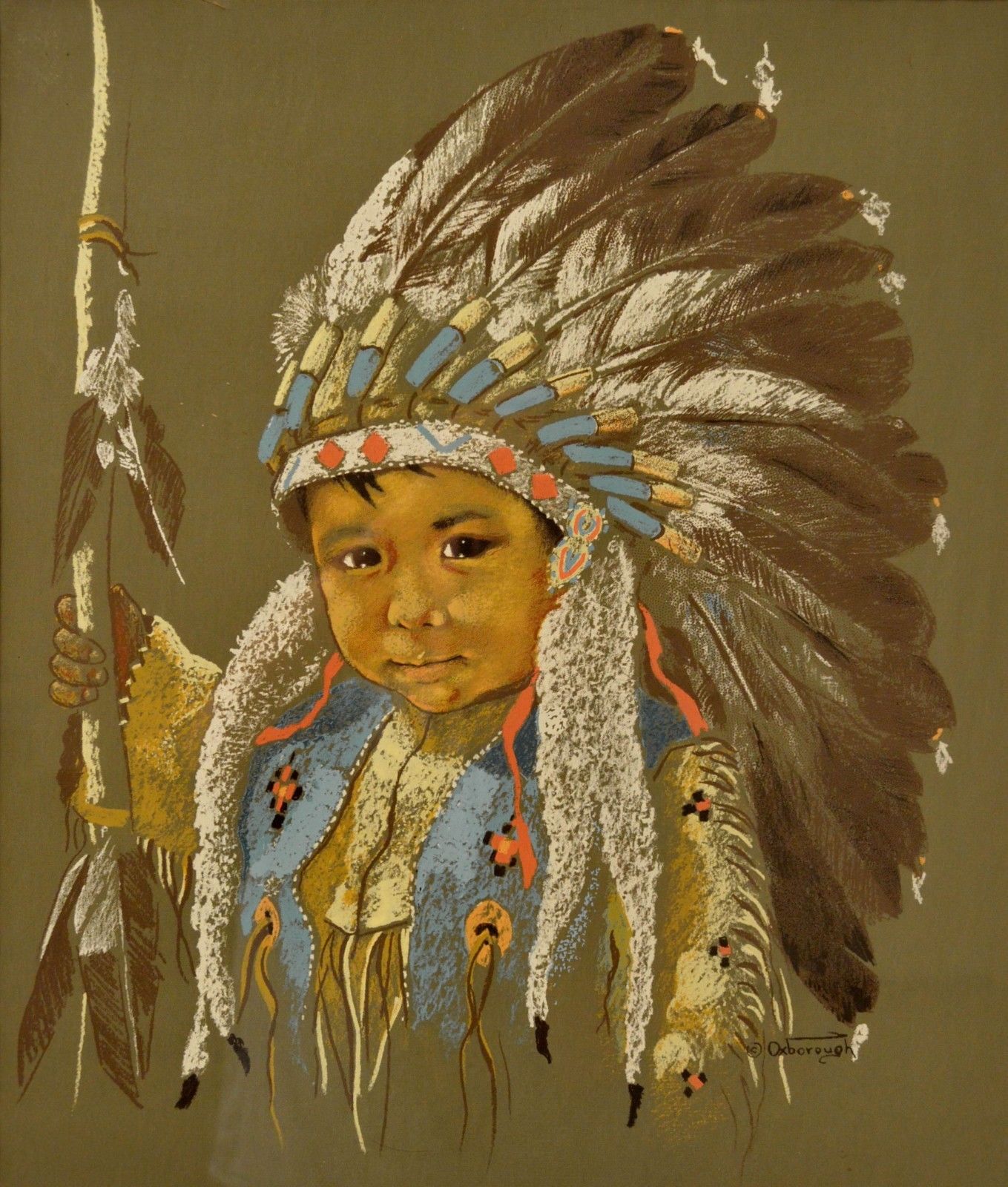 Her e-mail:I assume you mean Native kids. It's not okay if they're non-Native.

Native kids may wear powwow-style regalia in parades and at dances. I don't think they'd wear a stereotypical chief's headdress or warrior's headband with feathers. If they did, I'd say that's stereotypical too. A Native who permitted that would be going against the beliefs of other Natives.Knowing the most common stereotypes is usually enough. Also consider the source. A book or movie by Natives is more likely to be accurate than a sports logo or advertisement. If you see something questionable, you can always research it on the Internet.

Remember, people's thinking tends to gravitate toward these stereotypes, not away from them. Someone may dress a Wampanoag as a Plains Indian--e.g., for Thanksgiving--but they probably won't dress a Plains Indian as a Wampanoag. Most people don't recognize or care about Wampanoag apparel because it doesn't fit their stereotypical preconceptions.

You can grasp many sstereotype simply by understanding that the Plains warrior apparel was limited to a few dozen Midwestern tribes, males only, through the end of the 19th century. Today the chiefs of these tribes wear such headdresses only during important political or cultural ceremonies. Any use that doesn't fit these criteria is probably stereotypical.

Real life vs. memoryEither way it contributes to stereotypical thinking in the general public. But at least the posed portrait is documenting something real. That's assuming the Native has earned the right to wear the ceremonial garb, of course.

If the artist is painting the same image from memory, is it something he or she actually saw? I.e., is the artist remembering an actual Native in actual garb? Or is the artist "remembering" (imagining) a stereotypical image from the media? That's one potential difference.

Another is how the artist intends to use the painting. If it's documenting the lives of real Natives, that's one thing. If it's going into a romanticized collection of paintings for ignorant art buyers, that's another.

For more on romanticized Indians, see Love/Hate Relationship with Indians and Johnny Preston's Running Bear.
Posted by Rob at 1:30 PM