In last week's episode of Grey's Anatomy, titled Slow Night, So Long (airdate: 11/18/10), Kimberly Guerrero guest-stars as a mother with a boy in pain. She appears in only a couple of scenes, but has an impact anyway.

No one says anything about her being an Indian, but that's okay. Her character is unusual for a few reasons. The only name she gives is Mrs. McNeil--no Sacheen Littlefeather here. She works as a nurse at "Seattle Press" (Seattle Presbyterian Hospital?), so she's an educated professional.

Most important, she doesn't accept the doctors' "wait and see" attitude. When she doesn't get a satisfactory answer, she calls the hospital chief at home. He storms in and reads the riot act to a lab technician. This shows everyone they need to dive in and tackle problems rather than wait for help. It provides the impetus for the rest of the show.

It's too bad they didn't give Guerrero another couple of scenes to strengthen her chcaracter. (The phone call to the chief happens off-screen.) But she's implicitly acting the way every parent and patient's advocate should. Question authority. Get a second opinion. Don't accept what the first doctor tells you.

This is the second Native role Grey's Anatomy has had since 2008--both during Heritage Month. Does someone there like Native characters and storylines? Could be. 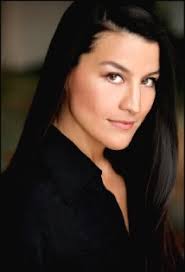