Below:  Obama by Bunky Echo-Hawk. 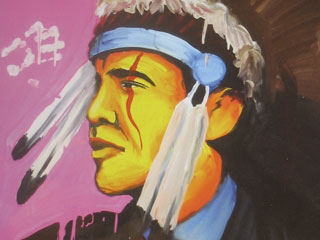