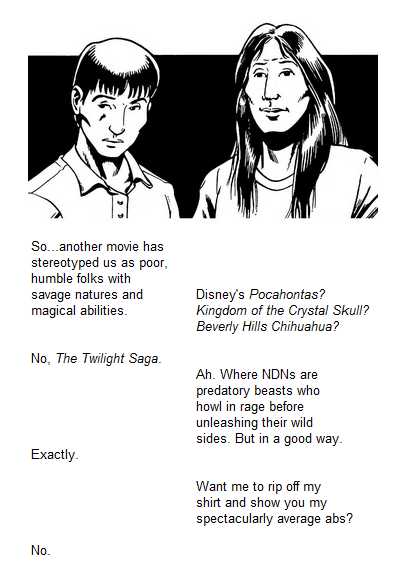 Comment:  For more on the Twilight, see "Multi-ethnic" Jones on Twilight and Gyasi Ross on Breaking Dawn.
Posted by Rob at 4:42 AM

You mean Indians don't all look like we go to the gym eight hours a day? Noes!!!

I'm a teacher in NZ and some of my kids (age 9 and 10) all went to the latest movie for a birthday party. A couple of them were intrigued when I said it was sexist, racist rubbish. I found the truth vs twilight website for them and they read it. Sowing seeds hopefully.

I think Anon 1 is the same one loaded with buzzwords no one else uses (mary sue, rule 34, and fan service all run together as a single word).