It's almost becoming predictable. A few hours after news of Robotic Wednesday's "Pilgrims & Indians Theme Party" went viral, the organizers canceled the party. Once again, the people made their voices heard and shut down an offense against Indians.

One of the protesters sent me this message from James Vu, who apparently was a party organizer or host:Another protester contacted Vu directly and said he would protest outside the party unless it was cancelled. He posted his exchange with Vu on Facebook. Here is Vu's response to him:Comment:  Vu's comments about mascots shows he still doesn't get it. Fortunately, I'm here to explain things to him.


So Vu's view that nobody is protesting mascots on Facebook is flatly wrong. So is his presumption that people are picking on him for no reason--that they really don't care about Indian mascots or people dressing up as Indians.


It's called multitasking, folks. Try it some time if you've never heard of the concept. Write an article, make a video, or create a Facebook page; you'll find it works even while you're asleep!


So tens of thousands of people in Indian country saw the protest. And I don't see anyone defending the party or denouncing the protesters. The best bet is that the vast majority agreed with the protest--because they've spent their careers fighting such stereotypes.


The message? That Indians still exist, obviously. That they're modern-day people like everyone else. That they refuse to be defined by centuries-old stereotypes of them as savage and uncivilized. That they'll kick your butt if you try to peg them as chiefs, braves, and maidens--i.e., primitive people of the past.

The only difference between a mascot protest and a party protest is that a party is one-time event with no historical record. In contrast, a professional, college, or high-school sports team has decades of history and thousands if not millions of supporters. Not to mention millions or billions of dollars of corporate and media backing.

That's the right ballpark for changing an Indian mascot like the Stanford Indian, the University of Illinois's Chief Illiniwek, or UND's Fighting Sioux. If it takes 75 or 100 years to change the remaining offenders--Chief Wahoo and the Washington Redskins--that's to be expected. They'll all be gone eventually because they're racist.

For more on the subject, see Racist Costumes = White Privilege and Hipster Racism.

Below:  Offensive portrayals of blacks and Indians--all racist for the same reasons. 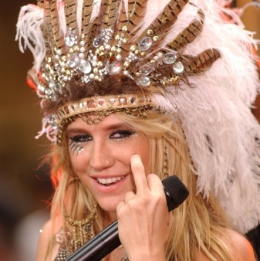 I constantly hear "Why don't you fight about somethng more important like [fill in the blank]." The party thrower says we should fight mascots. The mascot supporter says we should focus other problems like poverty. And it goes on and on. Why is it that so few people realize that we are fighting ALL of these things simultaneously? We don't have to choose just one battle. The multi-pronged approach makes more sense because our lives are about more than just how much money we have or material possessions. It is also about being treated with dignity and respect and being able to decide our future on our own terms.