Another Indian at Iwo Jima

Apparently Ira Hayes (Pima) wasn't the only Indian present at the flag-rising on Iwo Jima during World War II.

By Kim BriggemanCharlo's history as Gladstone tells it:Comment:  Wikipedia notes several men involved in the first flag-raising but doesn't mention Charlo. Another site says:On the one hand, I think it's good to use historical moments like this to highlight the contributions of Natives. On the other hand, I don't think it's good to fetishize people as heroes. Charlo was one man in a 40-man platoon and he may not have raised the flag. You could sing a song for the entire platoon, but I'm not sure there's any reason to single out Charlo.

For more on the subject, see Flags of Our Father.

Below:  Lowery's most widely circulated picture of the first flag raising. 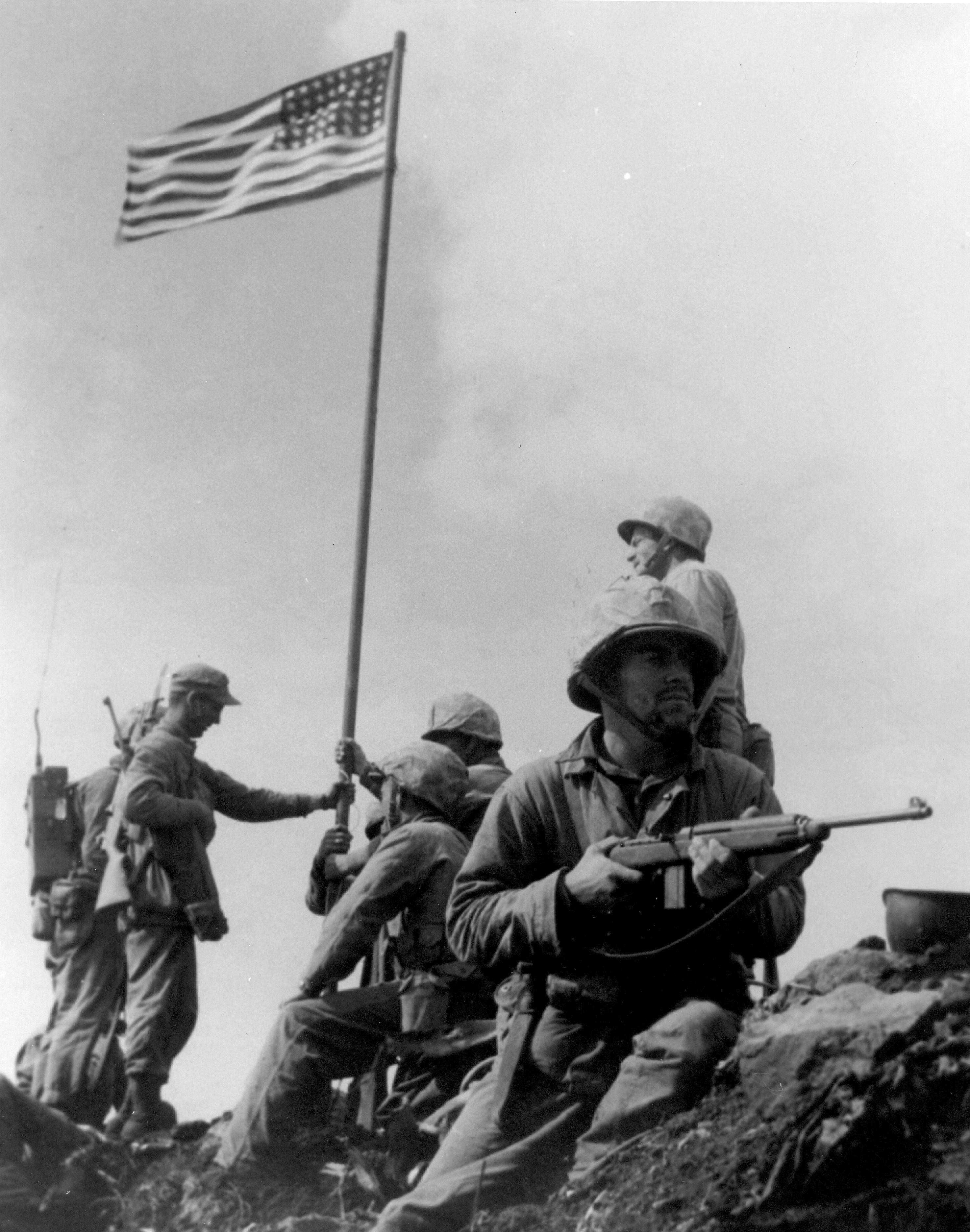