By Beth DaleyComment:  For more on the subject, see Salazar Tours Cape Wind Site and NPS Rules Against Wind Turbines.

Below:  "Interior Secretary Ken Salazar (center) joined Wampanoag leaders at sunrise on Feb. 2 for what they called a traditional rite. One Aquinnah Wampanoag member has questioned the authenticity of that rite." 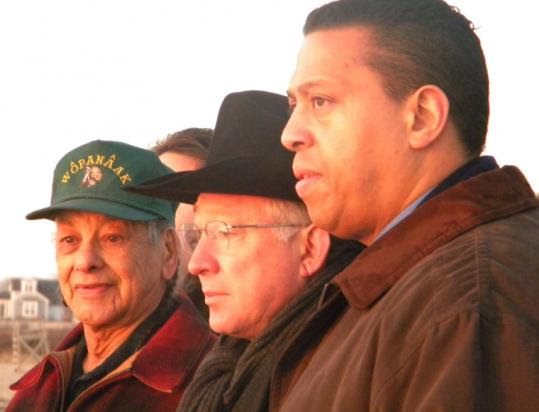