Bradford may play for Redskins

By Rich CampbellComment:  Can you imagine what a statement it would make if the Redskins drafted Bradford and he refused to play for them? He could put the mascot debate on the front page of every sports newspaper and website in the country.

Alas, it isn't going to happen.

Coming from a guy who considers himself more of an American than a Cherokee, Bradford's statement isn't surprising. Other than saying he's proud to be a Cherokee, he hasn't shown any interest in his culture or heritage that I'm aware of. He continues to demonstrate that jocks don't make good role models.

For more on the subject, see Bradford's Durability in Question and Bradford the Messiah? 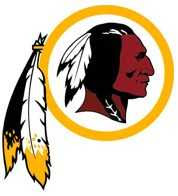 Many Native Americans look up to Sam Bradford? So far, every Native American student and friend I have encountered at the unversity I attend ,which happens to be OU, dislike him. They say that they dislike him for the very reason that he's only 1/16, but he can captialize on it as a football player in the spotlight.

If I was a football playa and I got on da Redskins team, I would dance right up to your office and laugh in yer face for the lulz because only people like you get offended by stuff we hardly even notice.

The Natives of Newfoundland painted their faces red, hense the origin of the name. The Beothuks are extinct.

This is a wonderful opinion. The things mentioned are unanimous and needs to be appreciated by everyone.I appreciate the concern which is been rose. The things need to be sorted out because it is about the individual but it can be with everyone.
********
Britney
Click Fights

The origin of "redskin"
Confusing "red" and "redskin"

I posted some of this exact same information and had a slew of Natives trying to defend Bradford, saying he was always at powwows and respected the elders and so on and so on..I never ONCE saw him at ANY powwows in Oklahoma, and I travelled that circuit up until a year or two ago. Yes, a LOT of Natives are trying to use him as some sort of coup or status symbol, and it's appalling.

@ Brouhaha, you're obviously not Native, or at least not following the old ways. Do you even KNOW how hard the hundreds of Native Nations are working to bring that name DOWN? Can't call yourself Native if you're not involved in the community..that's like standing in a garage and calling yourself a car. Get real.