By George BrennanComment:  Seeing the Mashpee seal emulate the Massachusetts seal makes me like the sword arm less. Once may be a coincidence, but two or more times starts to send a message.

Wow, these are some lame and stereotypical seals. They say nothing about the towns they supposedly represent. They're all about using Indians to justify the towns' existence.

"Yes, we forced the Indians off their land and killed the ones who resisted," they seem to say. "But look, we have an Indian on our seal. That makes it a seal of approval. We didn't steal the Indians' land, we inherited it. They welcomed us and are glad to see us take their place." 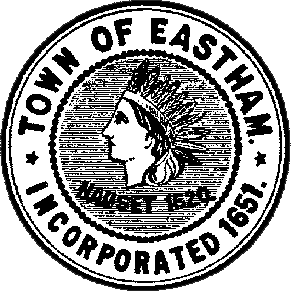 Dude, it's just a state seal. If you don't like it don't look at it or draw your own!!!

If you or a Massachusetts town wants to pay me, I'll be glad to design a new seal. It won't be hard to do a better one.