A good posting suggests how our society uses stereotypes to keep Indians in their place: 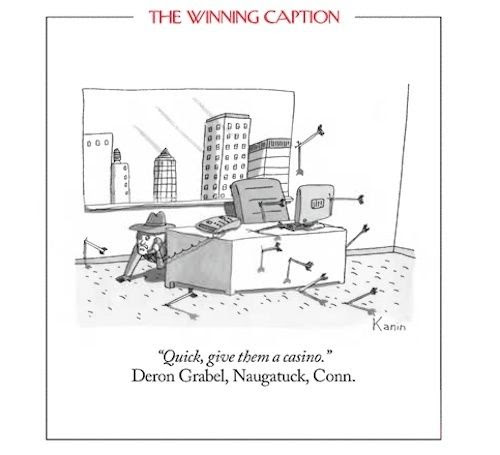 The cartoon comparison is a fresh one, and many people might not think of it. That makes it worth posting.

Kimelberg also makes the intent behind these images clear:Yes, that's it, all right. By keeping Indians in their place, we don't have to acknowledge the moral crimes of our white Christian ancestors. We can go on thinking we deserve our wealth and power because we earned them. Truly acknowledging what we did to the Indians would mean overturning centuries of white privilege, the foundation of our society. It would mean putting sovereign Indian nations and their treaty rights at the center of political debates, which would decimate the present liberal/conservative playing field.

Since the white Christian powers-that-be aren't going to give up their power, they encourage or allow the stereotyping of Indians. Portraying them as primitive people of the past is America's way of keeping them out of current affairs. If we treat them as a joke, we don't have to take them seriously.