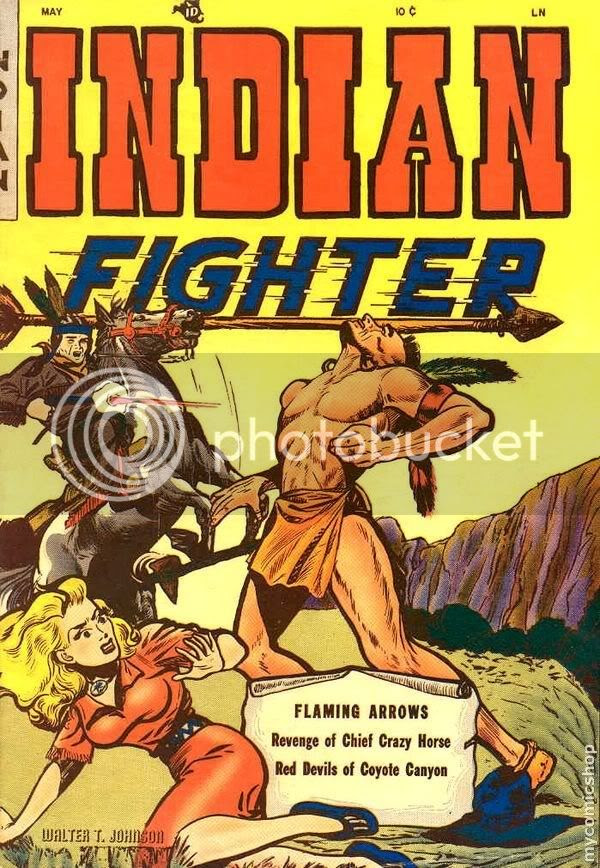 Here is Martinez's no. 1 pick. Not a bad choice:For more on the subject, see 19th-Century Cartoons About Indians and Native Women = Whores in SCALPED.
Posted by Rob at 11:35 AM