Adrienne Keene reviews the Native lacrosse movie in Crooked Arrows: The good, the bad, and the flute music

The flute music, eagles, sweat lodge, spirit animals, and casino are all such hoary clichés. Audiences may have left the movie understanding that Indians aren't primitive people of the past...but did they learn Indians have hundreds of different cultures and religions? Not just one clichéd culture and religion that resemble a romanticized Plains painting?

Indeed, could they tell us anything accurate about a Haudenosaunee tribe other than "they invented lacrosse"? Maybe, but it doesn't sound like it.

At this point, we've seen a number of movies and TV series that present modern Native life with reasonable authenticity. Smoke Signals, Pow Wow Highway, Thunderheart, Skins, Christmas in the Clouds, Grand Avenue, Dreamkeeper, Imprint, Four Sheets to the Wind, and so forth. If a movie isn't in the same ballpark as these movies, I'm not willing to give it that much credit. Getting things half right is only half the battle. 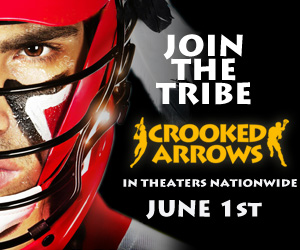 Casinos are supposed to be iconic of how Indians are assimilating. As if Indians never had gambling before. In general, this trope needs to die.

"Spirit animals" probably come from Freud's Totem and Taboo. He was trying to explain food taboos as a "symbolic father", a sort of guilt for a patricidal past. Again, psychoanalysis is basically just guessing. And yeah, that (and a lot of things) are a mix of things mostly derived from farther west.