If ICTMN included models and starlets as well as rockers, it could find dozens of examples, not just 13.

Adrienne Keene's Tumblr posting may have triggered this survey. The subject is nothing new, of course. Many of us have discussed it for years. 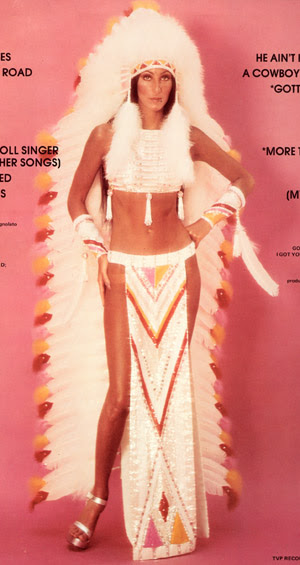 Cher would be 14. No longer bad luck. Unless you're Chinese.