I caught an episode of Motion, "a daily outdoor exercise and activity program," on TV Sunday. Apparently Motion is a syndicated show where the host and guests hike through national parks and other scenic places.

This episode featured Canyonlands National Park in Utah. The centerpiece was a stop at False Kiva, an "Anasazi" site in the park. 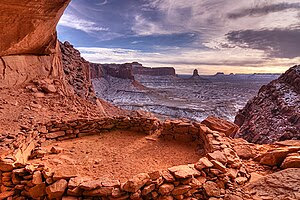 And the Wikipedia entry for False Kiva:Other websites leave the "unknown origin" muddled:

Some observations from the show:

False Kiva also provided the Astronomy Picture of the Day for September 29, 2008: 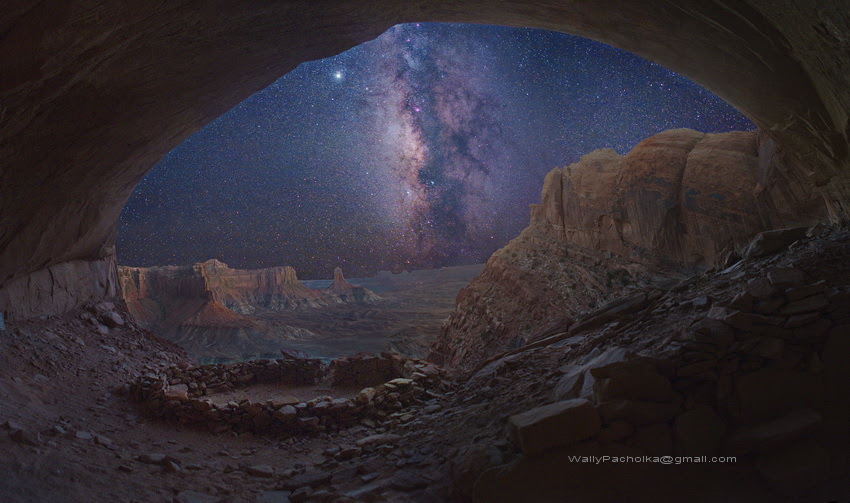 For more on the Anasazi, see Indians in Ace in the Hole and 2010 Christmas Pix.
Posted by Rob at 5:06 PM