What is a Twinkie?

Excerpts from a cute essay on New Agers who appropriate Indian religions--aka "Twinkies."

What is a Twinkie? 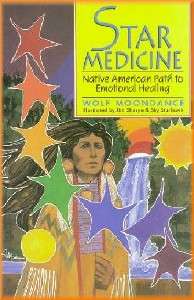 Is this the overall term for those who disregard the traditions that are attached to the “family” they are born into and choose to adopt the beliefs of peoples who at some point in history were or are still repressed because those beliefs seem far more simple and far more disconnected with the current values of the society the adoptee lives in? Is this the term for those who believe they can interpret the beliefs of a non-European culture better than those who can rightfully claim those beliefs because of the continued Euro-global assimilation? Or is this just the turning of the world? Does it also cover those who become Yogis, Gurus, Santeros, Santeras, Babalaos, High Priestesses, Druids and Sufis, etc., etc., etc.? Didn’t all major religions begin with cults that profited from adopting someone else’s beliefs and rituals? Consider Judaism and Christianity’s history and current divisions and branches. Consider the same for the Muslim faith and the expressions of the great non religion/religion Buddhism. Are these New Agers just the beginning of what has occurred with other established religions? Though I don’t support the theft of traditions not rightfully belonging to those who claim it, I do support a healthy examination of beliefs outside our personal traditions despite knowing that doing so is also an invitation to acquire and maintain. I believe that a respectful and healthy understanding of another’s spiritual traditions is needed in order to allow us to see the universal desire of people to be connected to each other and something greater than themselves and to possibly accept others for who they are, if that’s possible.

Unfortunately there will always be those who believe they can own something and use it to their advantage rather than accepting a sliver of knowledge as a personal gift for their own use in navigating their life. There will always be those who will profit from the empty hunger many feel because they are disconnected from our own history by the events of the world. (BTW, I loved the Vatican Museum!) It is our individual responsibility to use our own discretion when giving these people the knowledge as well as the power to own what is rightfully ours.

P.S. - I also have great issue with Pan-Indian beliefs, but again, is it just the transition of cult to religion?

Interesting post Simone. Just an fyi there are no real 'druids' (they never kept any records) the so-called druids are just hippy dullards who are exploiting the Celtic nations and cultures.

That is sort of the case with Wicca, which is really a recent modern creation which twists and contradicts the actual European pagan traditions it names. Wiccans are to the real pre-Christian European religions as these "Twinkies" are to the Native American spiritual traditions.

Yeah, thanks to all these neopagan garbage countless hippies are now roaming the hill of Donnegal asking the locals where the fairie rings are.

The similarities to the Twinkie wannabes gets stronger.