Celebs to turn out for Healing Path fundraiserThe celebs involved in the fundraiser:And:Comment:  So the movie's name has changed from Princess Kaiulani to Barbarian Princesss? Sounds like it'll be getting some criticism when it comes out.

For more on the subject, see Q'orianka's Hawaiian Epic and The Best Indian Movies. 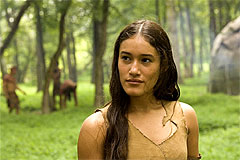