Can silence be bought near Ramona racetrack?

By Logan JenkinsAnd:Comment:  Let's see...I've got no sympathy for Barona and its "we built the track 40 years ago" argument. If it wasn't a problem for 35 of 40 years, I'd say the homeowners had a right to expect that to continue.

But I've also got no sympathy for the homeowners' "we can't sue Barona" argument. They didn't know the track would change, but Barona could've developed the land in other ways. Moral of the story: You're taking a risk buying a home next to a sovereign Indian nation.

Since I have no use for motocross or the noise and dust pollution it generates, I wish the homeowners well. Unfortunately, they've already tried the things I'd suggest: organizing in a group, contacting their representatives, even protesting with signs. Other than creating a blog and Facebook page to publicize your case, I'm not sure what else to say.

I don't know how active the homeowners are, but I'd encourage them to keep at it. My impression is that a good protest eventually works. Let's hope Barona, the homeowners, and the motocross fanatics can find a compromise that satisfies everyone.

For more on the subject, see Barona's Motocross Training Center and Offroad Racetrack at Pala.

Below:  Homes beyond the racetrack? 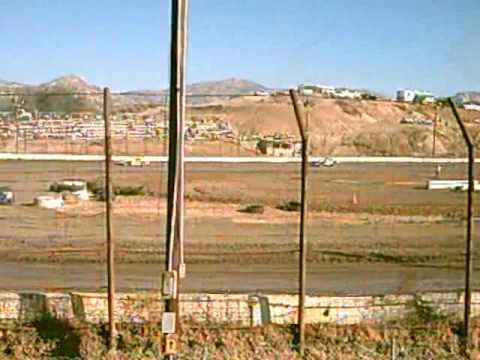