Here's the connection between Custer Country in Montana and Mainstream History = Pro-White Propaganda:

Calling it Custer's Last Stand rather than Custer's Ignominious Defeat is part of America's propaganda process. Custer didn't try to massacre the land's rightful owners, he fought heroically to ensure America's eventual triumph. What a guy!

This point relates to Arizona's new ethnic studies law. Americans want their children to learn about Custer's Last Stand, not Sitting Bull's Just Victory or America's Well-Deserved Defeat. The facts may remain the same, but other things--the language, the emphasis, and the lessons learned--will change.

The Native view of this battle is different from the mainstream American view. If educators are still calling it the "Last Stand," they're teaching a biased, one-sided version of events. This isn't objective history, it's pro-white propaganda.

When educators, textbooks, and websites such as CusterCountry.com stop calling it "Custer's Last Stand," then I'll believe they're serious about teaching race-neutral history. Until then, no. Perhaps they don't realize they're brainwashing students, but they're doing it nonetheless.

And this is just one tiny example of how we teach American history. One probably could find thousands of similar examples. They all serve the same purpose: to subtly reinforce the notion that God intended white, Christian, Euro-Americans to dominate the earth. A shining city on a hill => Manifest Destiny => American exceptionalism.

Therefore, we need ethnic history to correct the shortcomings of American history. To show us things like the Native point of view about Custer's Greatest Failure. That's the point of ethnic studies and multiculturalism: to see things from a different cultural perspective.

Below:  How many coded messages can you find in this old movie poster? 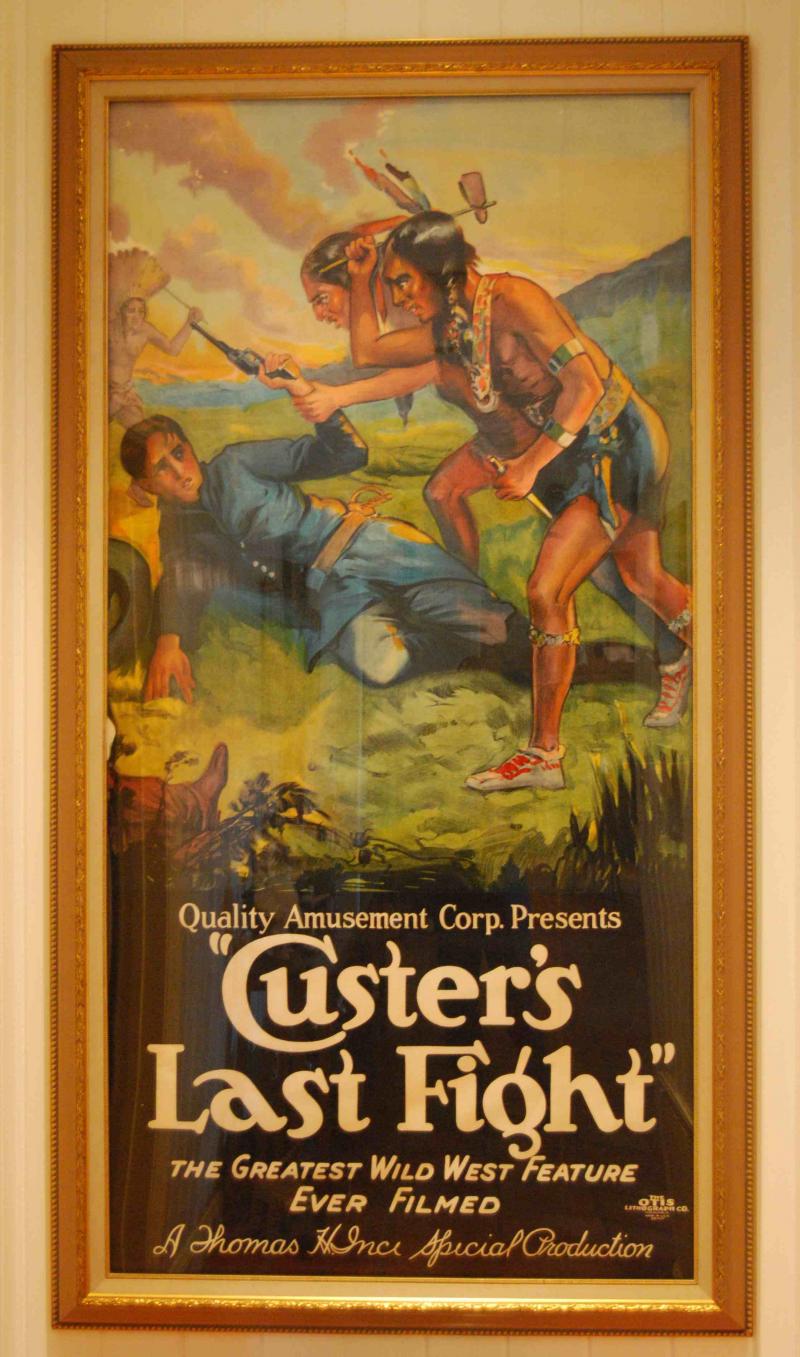