To address the harm of Native stereotypes, I posted the following on Facebook:

Fight the stereotypes, change the perceptions, and recognize Indians as real people. Then our political, economic, and social systems will start giving Indians more respect.

No, Mike, your sense of history is skewed. As soon as Columbus discovered Indians, he started describing them as ignorant children rather than full-fledged people. That was before he decided to enslave them or his masters decided to conquer them.

In other words, the words (stereotypes) and actions go hand in hand. If anything, the stereotypes come first to justify the subsequent actions. If you're claiming they happen only after the fact, you're dead wrong.Savage meme is "extinct"?!

Wrong again, Mike. The media portrays Indians as savages today, several times a week, frequently if not constantly. This is comparable in scope and magnitude to the portrayal of blacks as criminals.

I've explained to you that we can overcome Native stereotypes the same way we overcame Irish, Jewish, and other stereotypes. Or are you claiming that American beliefs haven't shifted one iota since 1800 or 1900?

I've also explained to you that protests are a vital component of change. That no stereotypes have disappeared "organically" without accompanying action. If you disagree, give us an example of a negative stereotype that's vanished without any protests against it. Good luck with your answer...you'll need it.

You misread and misunderstood the sociologist's claims about gay acceptance, so it's no wonder you don't understand how social change works. Good thing you have me to explain it to you.

You must be thinking of your emotional need to bolster your ego at others' expense, Mike. The vast majority of your comments are criticisms of my postings. Why don't you try saying something positive for once rather than sniping at me?

Did I say anything about street protests in this posting? Nope. You keep changing the subject when I kick your butt on the previous subject. Nice trick if you can get away with it.

Let's stick to the subjects at hand: Attacks on Indians preceded stereotypes? Wrong. "Savage" Indian stereotypes are historical and "extinct"? Wrong. You're batting .000 as far as I'm concerned.

Unlike you, I can give examples to bolster my position. For instance, when Mel Gibson, Don Imus, and Michael Richards made racist or stereotypical comments, people protested. I don't know if there was a street component to the protests, but it doesn't matter. A street component couldn't have hurt and might've helped.

In any case, the protests caused these figures to recant their remarks and apologize. Whether the protests would've worked even better with more or less of a street component is a detail. The key point is that they worked.

College students frequently protest against blackface parties and nooses hung in "fun" as well as anti-Indian incidents. Are you really ignorant of these protests? Here are a few of dozens of examples I could provide:

Racism and Anti-Racist Protests at U. of California, San Diego

Jim Crow-Style Justice in the "New South": On the March Against Racism

Your "people protest prejudice, not stereotypes" is another dodge. First, you give no examples, just your opinion. That's basically worthless.

Second, people can and do protest both together. The stereotype is the marker of the prejudice, the face of it. No one protests prejudice in the abstract without giving an example of it. It's always, "Prejudice is bad, and riding in the back of the bus or sitting at a segregated counter proves it." Similarly, a Native protest might go, "Prejudice is bad, and stereotypical sports mascots and 'Dudesons' episodes prove it."

Read the sign, dudeson. Protests against "superficial" stereotypes and the underlying racism are inextricably bound. Experienced protesters understand this even if you don't. Perhaps that's because they've been protesting since the 1960s when you were in diapers.

Protests can and do provide "new information." The information is that Native aren't dead and gone. That they don't look like Plains chiefs and braves. That they aren't drunk or high on some remote reservation. That they're modern-day people who live next door, watch the news, and get hurt by what they see. The "old information" is what the typical American believes, and a protest contradicts this with new information.

As excellent example of the efficacy of protests is how they've eliminated hundreds if not thousands of Indian mascots. You continue with your silly belief that these mascots would've faded away anyway and I'll keep restating the facts. Indians protested => mascots removed. Cause and effect. Case closed.

As for "My response suggested all stereotypes that have been undone, became undone without protest." Thanks for another of your "suggested" opinions. When you have any evidence for this opinion, feel free to provide it. Until then, let's reiterate that you haven't given us a single example of your claim.

I'm not even sure what "The stereotype of Indians as 'savages' never has a modern context" means. It sounds like academic bafflegab designed to obscure the fact that you don't know what you're talking about. Try again.

It also sounds wrong. As I said, the "savage" meme comes up frequently today, in subjects ranging from government funding to Indian gaming to entertainment. Since you don't even know if Indians are citizens, spare us your opinion on the so-called meme.

All I'm hearing from you is that Native stereotypes aren't significant so protests against them are useless overkill. Your ignorance on the first point renders everything else you've said null and void. You apparently don't have a clue how pervasive these stereotypes are.

When I posted something about hipster headdresses, you came up with excuses for them: Stereotypes Okay in "Cultural Commons"? and Headdresses = Fedoras? Now you're saying there are no "savage" stereotypes in a modern context such as a music festival, graduation ceremony, or fashion show. Since you've contradicted yourself, I guess you don't know what the hell you're saying.

Let's sum it up. I've been writing about Native stereotypes for almost two decades. I've been invited to speak at museums and conferences about the subject. You haven't. Until you know what you're talking about, don't bother us with more of your "opinions."

For more on the subject, see Valenti:  Movies Are Merely Movies and Do Protests Work?

Below:  Some of the countless examples of the "savage Indian" meme today. 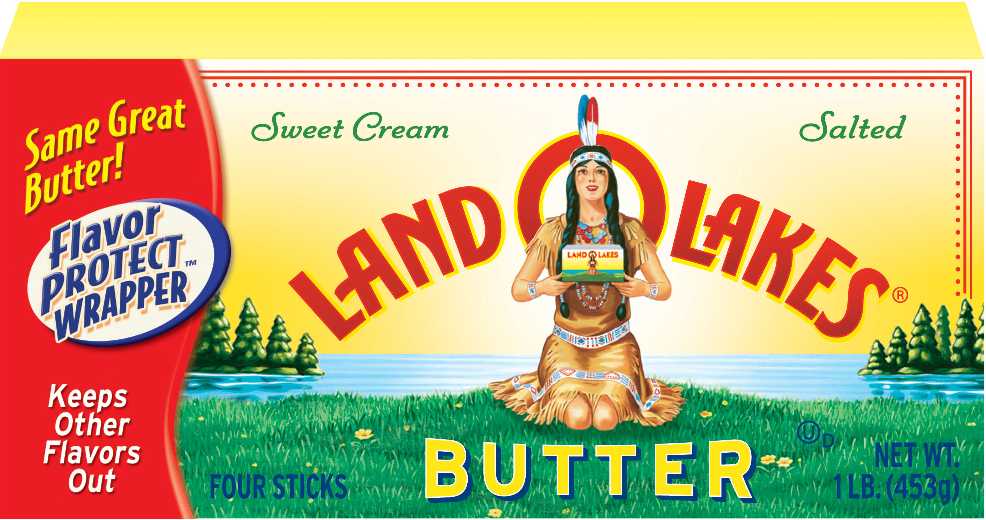 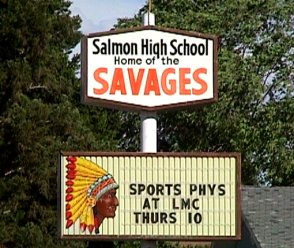