Restoring Hope (Native American Romance Series Book 1)Comment:  A Native woman who clings to a man because she can't take care of herself. A tribe of cruel warriors. It doesn't sound promising.

The cover is offputting. I don't know if the woman is Mandan--I'm guessing not. But her perfect complexion, with makeup or airbrushing, looks phony to me. Presumably the story is set in the 19th century, so why would you use a modern photograph? It convey the wrong impression about the story's subject.

If you want a clue, 19th-century Mandan woman look like this: 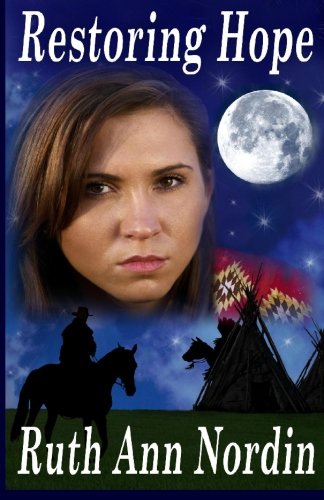 You can see they've lived hard lives. They don't look like they just came from a modeling session. So the book probably is pushing an unrealistic notion of Native women.

For more on the subject, see Romance Novel About Pala Professor.
Posted by Rob at 4:58 PM

I also have to wonder which "cruel tribe". Looking at all the Mandan's enemies, it might be a group usually portrayed as noble savages.